Is kindergarten in Australia worth investing? 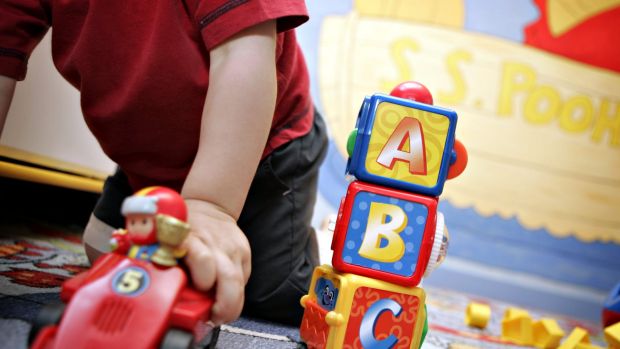 Parents paying up to $190 a day for childcare places are propping up $1 billion in profits for private childcare operators and their landlords, with questions being asked about who is really benefiting from billions in taxpayer subsidies for the sector.

Eight years after the spectacular collapse of Eddy Groves’ ABC learning, once the biggest childcare provider in the world, corporate interests have returned to the sector. Research analysts rate childcare “an investment-grade asset”.

The childcare services industry made almost $1 billion in profit last year, or more than one-eighth of what the government put into it in fee subsidies, according to IBISWorld’s July report on the industry. (That figure does not include the property owners’ profits.)

Increasingly childcare is big business, with about half of all childcare services (including out of school hours care and family daycare operations) provided by for-profit businesses, according to the Productivity Commission.

But in long day care, where 660,000 kids are, it’s more like two-thirds delivered on a for-profit basis. That’s where most corporate activity is happening, and where the demand is.

There has been huge growth to catch up with demand for long daycare places – in 2010 there were about 5900 long daycare centres nationally, according to Colliers International, but now there are well over 6800, according to the regulator ACECQA.

This growth has included several companies making big profits from the sector, either as operators of centres or as centre landlords (see “The companies cashing in” below).

But with some parents struggling to get a place and others paying upwards of $190 a day in inner-city areas, costs to the taxpayer of a staggering $10 billion a year in parent subsidies, and childcare workers among the lowest paid in the country, exactly who is winning from our childcare system? 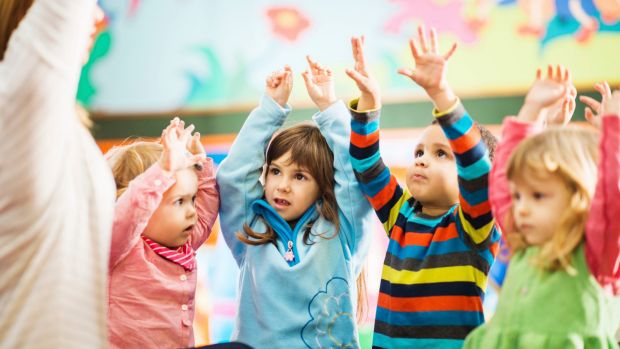 “Services are established where they are profitable – not necessarily where vulnerable children need access to quality early education, or where they will be the most affordable and convenient for working parents on lower wages,” she said in a speech at the National Press Club last month.

“Increasingly decisions about early education services in Australia are being made in corporate interests – based on the highest price the market can bear – not community need.”

G8 Education declined an invitation to comment on how it balanced the needs of children in its care with the imperative to make money for its shareholders.

Early childhood advocates say the picture is complicated and there are for-profit providers who do genuinely work in the best interests of the children in their care.Samantha Page from advocacy group Early Childhood Australia said: “If they are committed to high-quality service delivery, early learning outcomes for children and supporting families to balance parenting with workforce participation then they are likely to run services that benefit children.”However if they are focused on cost cutting to increase profit margins, that is not good for the children attending those services.” 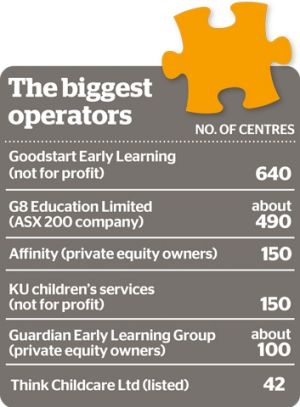 How it works for familiesUnder the current system, eligible families can claim the income-tested Child Care Benefit, paid directly to care providers to reduce fees for families. In addition all families, no matter their income level, can claim the Child Care Rebate, which covers up to 50 per cent of out of pocket childcare costs, up to $7500 per child, per year.

The government’s childcare reform plan (the “Jobs for Families” package) to simplify the childcare subsidy system to one payment, cap hourly fee subsidies and inject an additional $3 billion in targeted childcare funding for lower income families has stalled in the Senate.

The government plans to spend $10 billion each year on childcare support from mid-2018. For comparison, total government spending on primary and high schools in Australia in 2015 was $43 billion.

The Education Minister Simon Birmingham would not comment on corporate profits in the sector.

But the minister said the Coalition had brought childcare price increases down to about 5.2 per cent in the year to September 2015, “well below the 10-year September quarter average of 6.7 per cent and 7.4 per cent during Labor’s last term in office”.

“The Turnbull government’s priority in childcare is assistance that helps families and is deliberately targeted at families on the lowest incomes and those working the most hours,” he said.

The companies cashing in

The listed company G8 Education Limited is the largest operator with a 7.9 per cent market share, according to IBISWorld, followed by Goodstart Early Learning, the not-for-profit which took over ABC Learning’s centres and now has a 7.2 per cent share.

G8 Education, which badges its 489 daycare centres with 20 “local” brands, reported a profit of $88.6 million in 2015-16 after an aggressive acquisition binge of nearly 300 centres over two years.

The Folkestone Education Trust, which owns 393 early learning properties (including some in New Zealand) made $106.8 million net profit in 2015-16, up 20.5 per cent on the previous year. Folkestone’s annual report says growth was partly driven through rent hikes of 5.5 per cent. “This growth is further supported by the continued rise in daily fees per place,” the report said.

The ASX 300-listed property group Arena REIT, which owns 189 childcare properties in Australia, reported a $25.6 million profit in 2015, up 16 per cent on the previous year. It makes rental income of between $1400 and $3900 per licensed childcare place, according to its annual report.

Property developer Meriton has also spied opportunity, announcing it will retain ownership of the childcare centres it builds as part of its residential developments, with at least 26 built or on the way.

And private equity has moved into the sector in the past 18 months, buying up groups with about 100-150 centres, including Affinity and Guardian Early Learning Group.

Analysts are predicting a lot more consolidation, given the top four providers account for just a quarter of the market, with demographic growth driving demand and government subsidies pouring in. The five-year outlook is bullish for investors, with analysts anticipating 5.8 per cent annual growth in the sector.

Schools are not permitted to run on a for-profit basis, and many early childhood advocates argue privately that childcare should be the same. But unscrambling that egg would be politically difficult.

Jo Briskey, from parent advocacy group The Parenthood, said the priority in the early learning sector should be kids getting access to quality care, parents getting the support they need and educators getting paid properly.

“If we treated early learning like we do our school system,” she said, “we wouldn’t see ever increasing fees for families, we wouldn’t see huge waiting lists, we wouldn’t see high turnover in educators because they’d be being paid properly like teachers and we’d see a more effective and efficient use of government funds seen as an investment in education.”

Labor is in the process of consulting parents and the sector to formulate its new childcare policy. Ms Ellis says the current system needs wholesale reform.